Home / Naija News / SHOCKING!! My Wife Left Me For Man Who ‘Raped’ Her Five Years Ago (Read Full Gist)

SHOCKING!! My Wife Left Me For Man Who ‘Raped’ Her Five Years Ago (Read Full Gist)

A Nigerian man identified as Masiba has narrated how his wife left him for a man she claimed sexually abused her five years ago.

Sharing his story, Mr Masiba pointed out that he no longer has a family as his wife has moved in with the other man.

2023: I May Anoint A Woman As My Successor: El-Rufai Make Shocking Revelation

According to him, the son they had together turned out to be from the man who she has moved in with

Masiba also pointed out that his wife had been dating the man right under his nose before she finally fled to him. 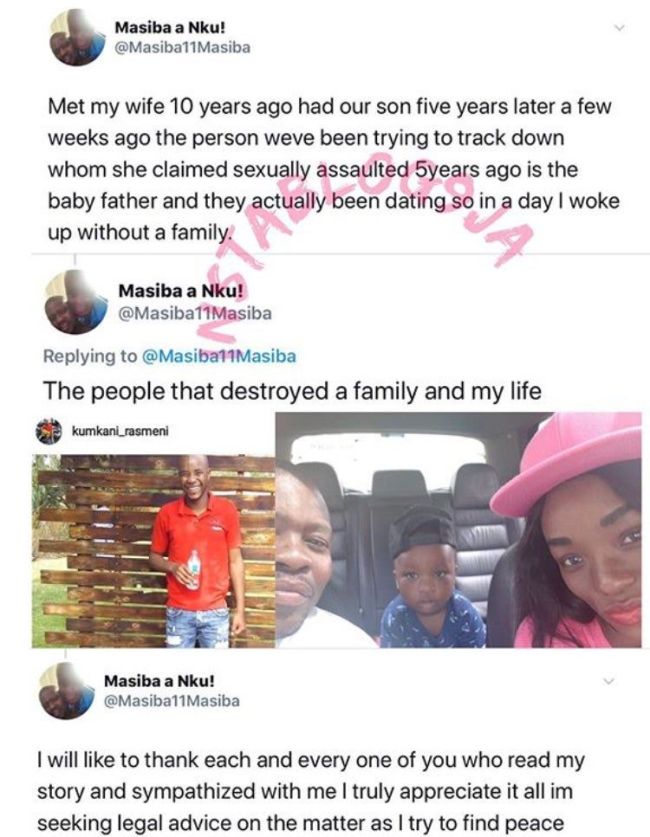 Related ItemsWife
← Previous Story Nigeria Would Have Been ‘Gone And Dead’ If Buhari Wasn’t Elected: Femi Adesina
Next Story → Mother Of Three Beaten To Death By Husband (Read Full Details)