House of Representatives member, Akin Alabi has revealed his plans to repeal the law making the wearing of military camouflage by Nigerians illegal.

The lawmaker further stated that a lot of young Nigerians have sent him messages lamenting the rate at which they get beaten for wearing military uniforms.

READ THIS! Minister Of State For Health Speaks On Bitter Kola As Cure For Coronavirus

He expressed that soldiers are using the law to bully Nigerians. 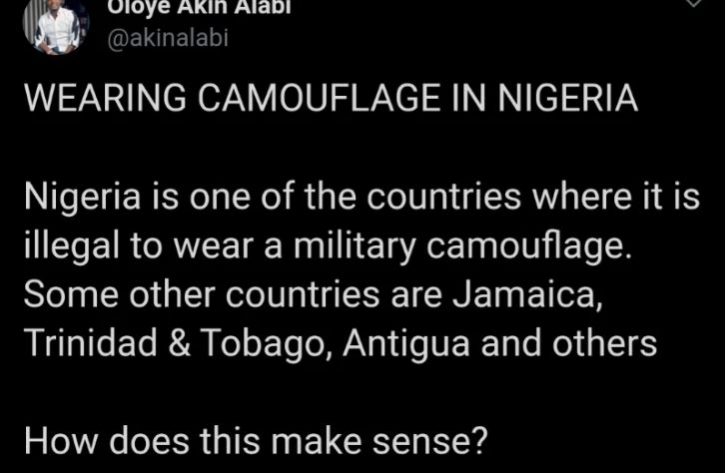 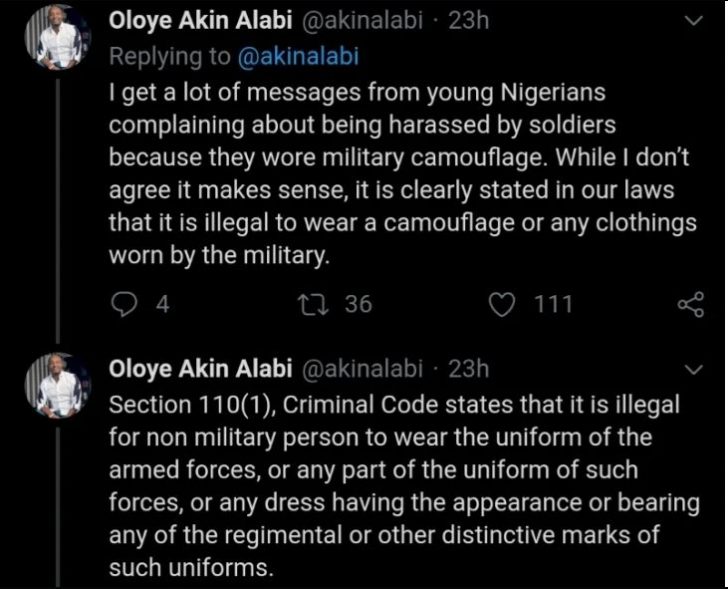 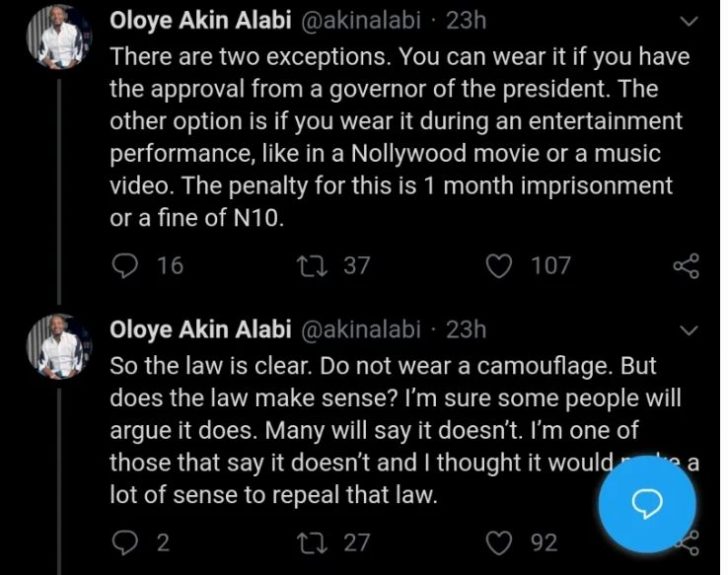 Related ItemsAkin Alabi
← Previous Story APC, Buhari on my side in face-off with Oshiomhole – Obaseki
Next Story → SHOCKING! Police Arraigns Woman For Staging Own Kidnap