While at the event, Afeez Owo and Mercy Aigbe, who is a colleague and close friend of Mide, had a playful photo shoot that had the former resting his head on the latter’s chest.

Of course, the action sparked a look of disgust on Mide’s face as captured in the shot below. 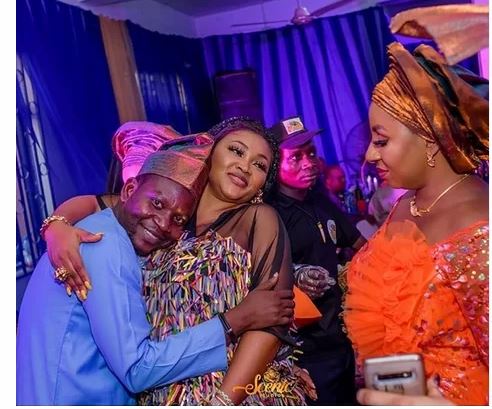 Afeez Owo shared the photo last night, asking fans to give the perfect caption for it.

“ Kini gbogbo radarada yii ni waju mi? (What is the meaning of this rubbish you are displaying in my front)”

In her response to the hilarious captions, Mide wrote

” I can’t stop laughing!!! Thank you jare everyone!!! You guys fought for me already!!! I love you all”